◤ THE APPLE. AN INTRODUCTION. (AGAIN AND AGAIN AND AGAIN) ANTJE MAJEWSKI AND PAWEŁ FREISLER WITH AGNIESZKA POLSKA, JIMMIE DURHAM AND PIOTR ŻYCIEŃSKI 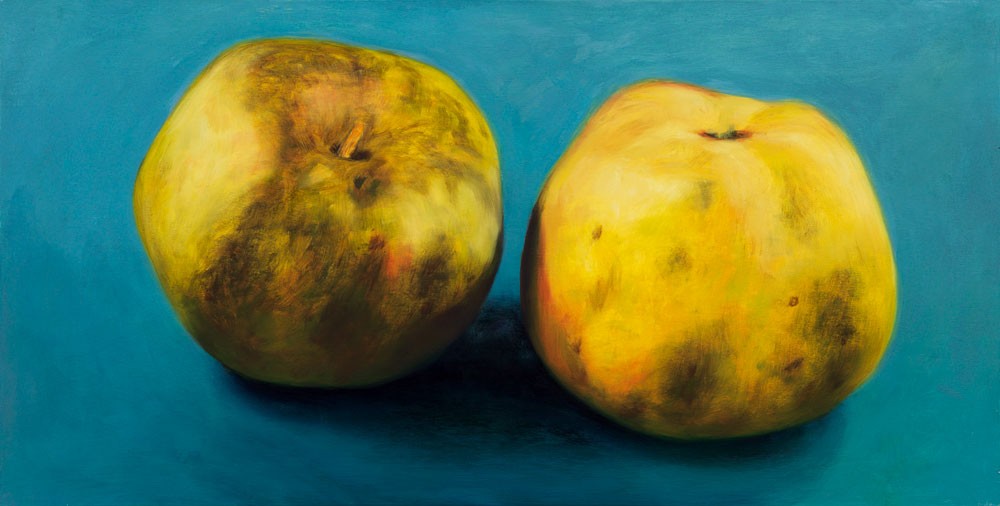 THE APPLE. AN INTRODUCTION. (AGAIN AND AGAIN AND AGAIN) ANTJE MAJEWSKI AND PAWEŁ FREISLER WITH AGNIESZKA POLSKA, JIMMIE DURHAM AND PIOTR ŻYCIEŃSKI
This exhibition on the subject of apples, initiated by the artists Antje Majewski and Paweł Freisler, is an artistic as well as a scientific-cultural-historical project, which, through a planting campaign involving urban groups, experiences an expansion into urban space.

The Kunsthalle Lingen features paintings of old and new apple varieties in the tradition of Natura Morte, an Eve with an apple and video works by Antje Majewski; dried and carved apples by Paweł Freisler, which appear both as objects, in the form of photographs by Piotr Życieński and as illustrations in plastic using a 3D printer; Agnieszka Polska’s video work “Garden”, which leads us to the garden of the legendary artist, in which among other things a perfect egg can be found; and Jimmie Durham’s apple juice bottles, which he produced for dOCUMENTA (13), which also planted two apple trees.

Since an apple variety can only remain sorted when people graft it onto a new rootstock, ie cloned, preserving the incredible variety of colours, shapes and tastes of possible apple varieties is a cultural achievement.

A very important part of the exhibition, therefore, does not take place in the gallery itself, but as an artistic-ecological project in urban space. In March 2018, up to 50 trees of old apple varieties are to be planted in public places in the city of Lingen. Your apples will be available to all citizens of Lingen.

Kunsthalle Lingen thanks the state of Lower Saxony, the district of Emsland, the city of Lingen (Ems) and the Cultural Foundation Heinrich Kampmann for their generous support.

The exhibition is generously supported by the Stiftung Niedersachsen.