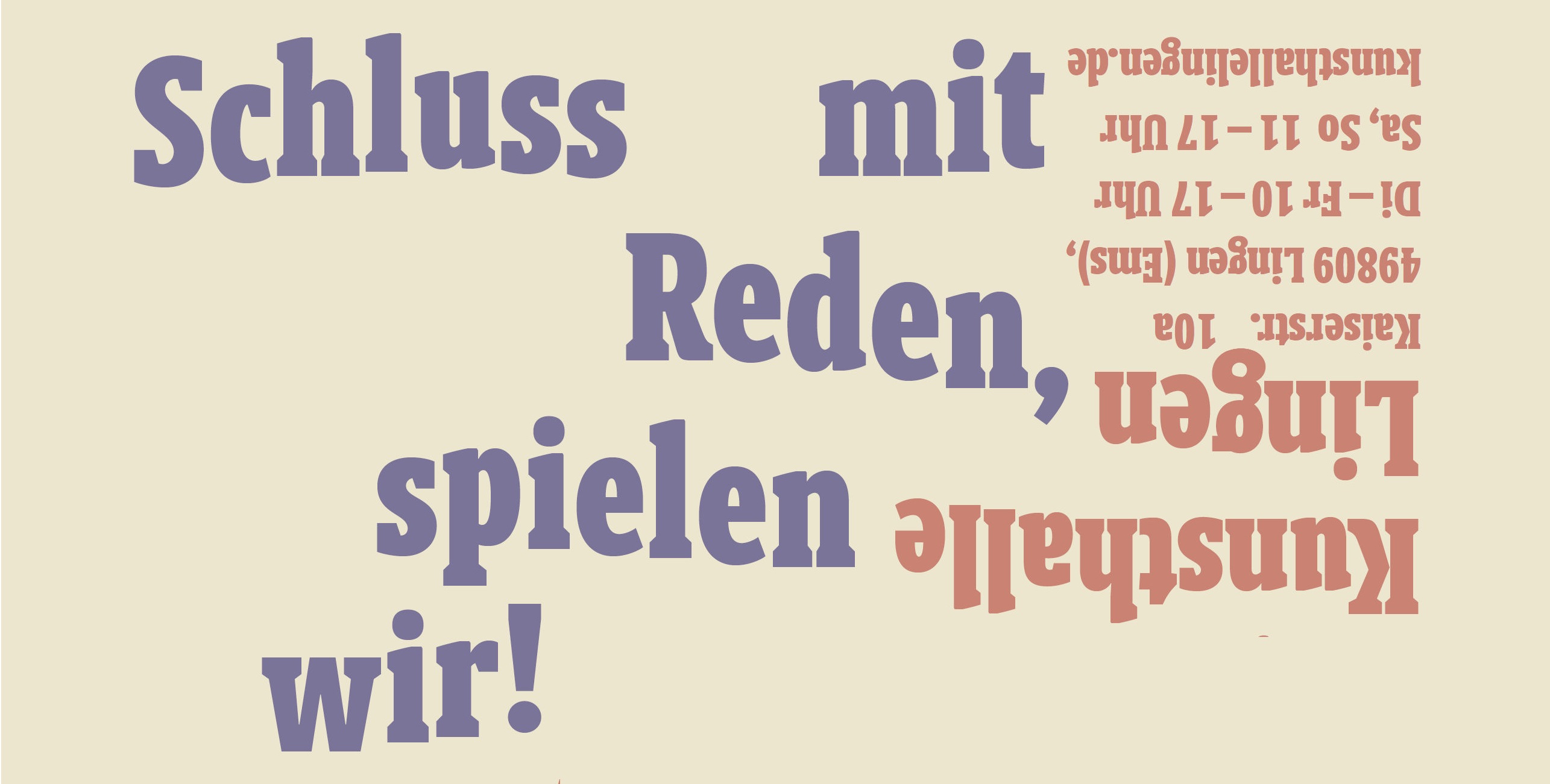 The phrase “Stop talking, let’s play” comes from the character Billie Jean King from the 2017 film entitled “Battle of the Sexes”, she expresses it to her male opponent in the tennis game Bobby Riggs. The film is based on a true story and tells of the struggle for gender equality using the example of unequal prizes in tennis tournaments. Even today, women still earn less than men in many areas; in the art operating system, the art of female artists is offered on the art market for less money than that of male artists. Against this background, as well as with regard to the current #metoo debate, the group exhibition entitled “Schluss mit Reden, spielen wir!” (Stop talking, let’s play) raises the question of whether feminist themes are still relevant in art today, or whether they have shifted to other aspects after the feminist revolution in the 1970s. Nine artists and the architects Mona Mahall and Asli Serbest were invited, whose works each convey a different attitude or strong position in relation to the medium in which they work and in relation to the theme to which their works each refer.
On view are a large object by Zuzanna Czebatul, a wall painting by Angela Fette, ceramics by Sina Folwaczny, photographs by Parastou Forouhar, pictures and objects by Kalin Lindena, photographs and a model by Mona Mahall and Asli Serbest, Fabric works by Anne Pöhlmann, photographs by Rebecca Ann Tess, pictures by Anke Weyer and a large grandstand by Adrian Williams, which is available for readings of a new text by her.