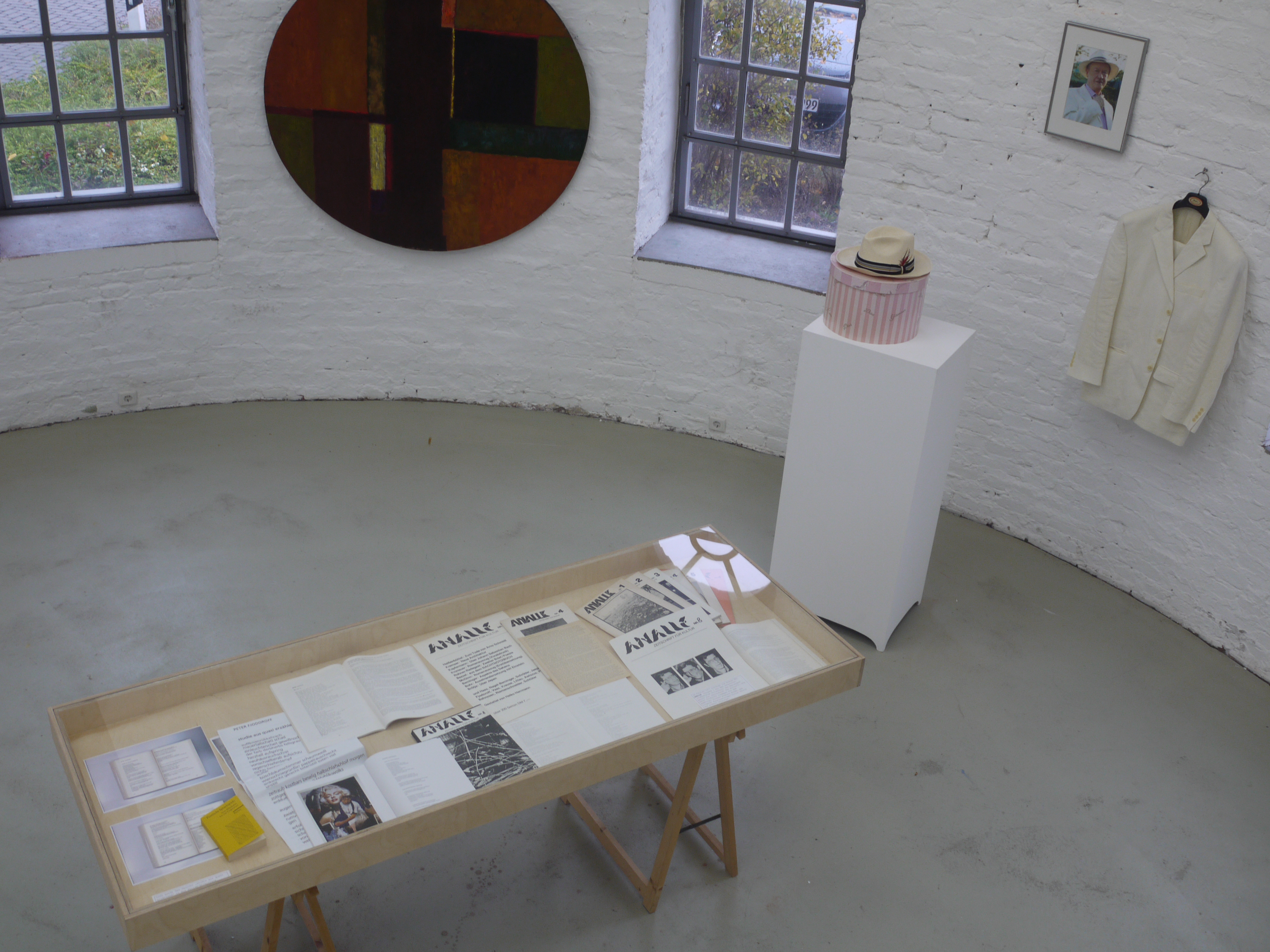 The musician, actor and writer Peter Fjodoroff, 1946 – 2015.
The experimental artist lived for many years in Wietmarschen-Lohne. Born in Hannover in 1946 and came to Lingen in about 1948, where many knew him in the 60s as Peter Newmerschyzky and lead singer of the legendary first Lingen beat group “Les Copains”. Soon our town became too crowded for him. Peter went to Munich in 1968 and performed under the stage name Peter Fjodoroff at the experimental Büchner Theater there in the PHREN group; he was also a cello-playing member of the PHREN Ensemble Musik. In the 1970s he edited the small magazine “Analle”, a journal for new developments in literature.
With others, the writer, musician and actor founded the ensemble for experimental music “Setzen – Gegensetzen” in 1987. It improvisationally processed noises, tones and sounds into musical material on woods, tenor horn, voice and other sound generators. The seemingly simple and brittle material of the woods transforms into fine, powerful and complex sound structures. Unexpected parallels to the sound of the wood can be found in the interplay with the tenor horn and/or the fretless guitar (both played by Fjodoroff).
Helmut Günter Berninger (* August 5, 1927 in Munich; † July 1, 2011 ibid.) was a German painter, architect and philosopher.
Helmut Berninger completed an apprenticeship as a painter from 1942 to 1944. In 1945 he was drafted into the Navy and became a prisoner of war. From 1947 to 1948 he studied painting at the Academy of Fine Arts in Munich under Willi Geiger. From 1949 to 1956 he created woodcuts, illustrations, vignettes in various art magazines, feuilletons (Süddeutsche Zeitung, Neue Zeitung), theater programs. In 1953 he decided to paint exclusively abstract.
Jürgen von Huendeberg (aka Hans-Otto Maximilian von Huendeberg, HOMJ von Huendeberg, or simply “Iwan”), was a German painter often associated with the abstract art of the postwar years.
Jürgen von Huendeberg was born in Dresden on April 10, 1922, into a family of Baltic Germans. From childhood he lived in Munich, Germany, where he studied architecture and philosophy at the University of Munich, two years at the Academy of Fine Arts Munich (1945-1947) and some time with Werner Gilles and Adolf Schinnerer.
In 1949 he became associated with ZEN 49, a group of German artists who advocated new expressions of abstract art.
Von Huendeberg was successful for a few years. They were the first two abstract paintings purchased by the Haus der Kunst, the main museum of modern art in Munich. In 1956 he received a cultural grant from the Association of German Industry, in 1957 he was invited to the Premio Lissone, and in 1962 he won the Seerosen Prize together with Edgar Ende and three other artists. His paintings were shown in Italy, Canada, the USA and New Zealand. In Germany there were numerous exhibitions, including one with a close artist friend, Helmut Berninger.