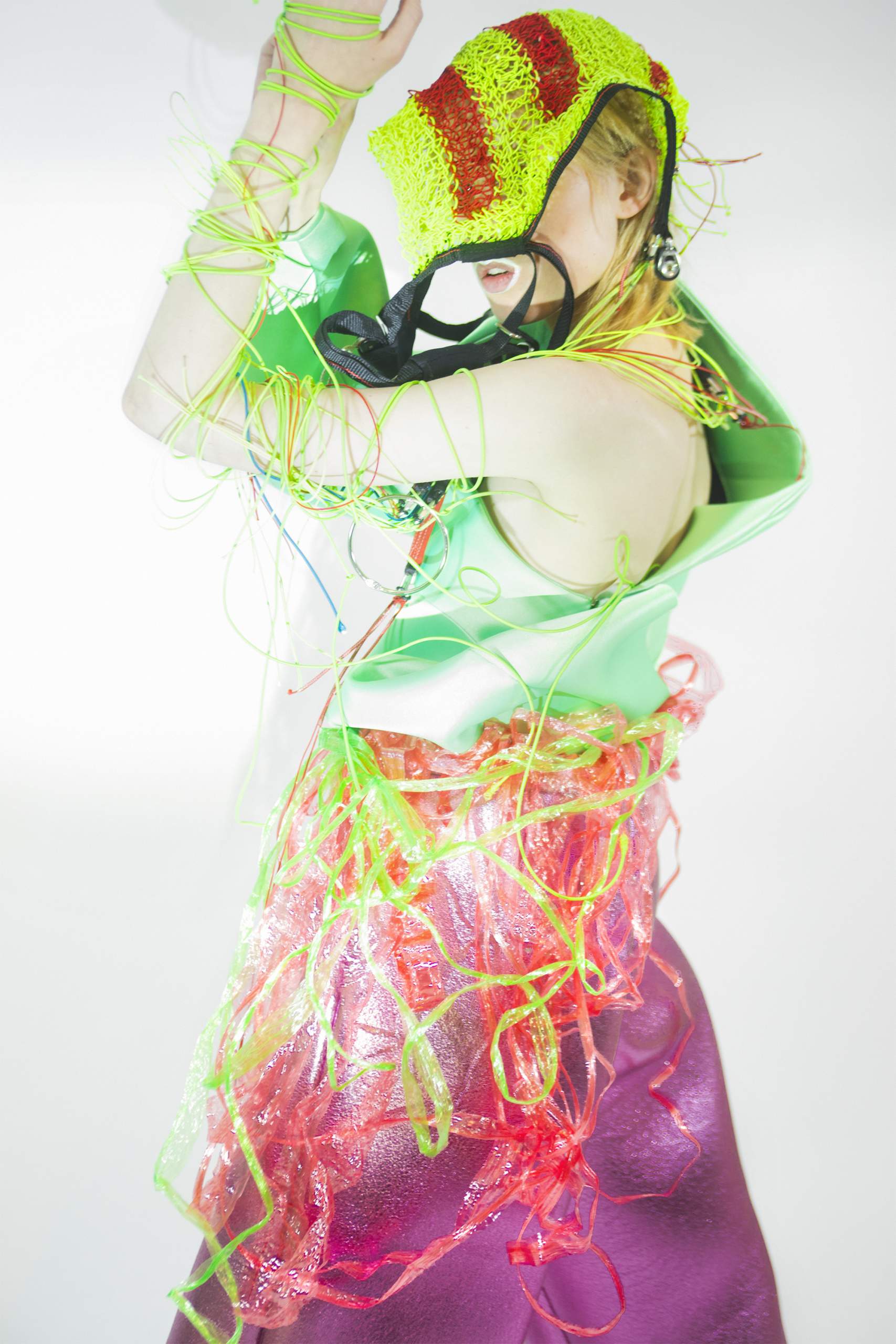 The relationship between art and fashion is complex, and often marked by complexes. “To art the eternal, to fashion the transient” was for a long time the incompatibility paradigm. The expansion of the concept of art and the de-auratization of the work of art through its technical reproducibility, as they were tackled at the beginning of the 20th century, contributed significantly to the fact that fashion and art were mutually confronted. Dadaists*, representatives of Suprematism, and artists in the Bauhaus, to name just a few examples from classical modernism, not only advanced the dissolution of the boundary between applied and high art, but also deeply anchored fashion and the fashionable in the art world. Since then, it has been impossible to imagine the cultural economy without contemporaneity as a criterion of artistic quality for fashion as well as for art. Both fields reflect current aspects such as identity, gender issues, role play, the border between free and applied art in ways that are as common as they are different. The exhibition “Mon coeur mis à nu (My heart exposed)” consists of several elements that relate to each other in terms of form and content, primarily to open up an openness to a wide variety of readings that revolve around the complexes of “fashion” and “art”. The project kicks off with a theatrically staged fashion show in which seven fashion designers present parts of their work. Participants are Anne Bellinger and Laura Gerte from Berlin, Florentina Leitner from Vienna, Ferencz Borbàla from Lisbon, Anouk van Kampen Wieling from Amsterdam and Théo Lalis from London. Their fashion is each individual and partly based on the principle of sustainable production. This show will be filmed by the artist and fashion photographer Taner Tümkaya, this film as well as photographs made by him are part of the exhibition and will be presented together with the presented clothes. Jewelry by goldsmiths Marlies Behm from Lübeck and Angela Geisenhofer from Munich will also be presented. During the exhibition, the designers and Marlies Behm offer a public weekend workshop, in which everyone can participate. The week after the workshop can be used if started garments could not be completed, resulting garments will be presented publicly in a final show. On one evening, the complex topic of “fashion versus art” will be publicly discussed by experts from both fields. A booklet will be published to accompany the exhibition. The exhibition is generously supported by the Niedersächsische Sparkassenstiftung together with the Sparkasse Emsland. The workshops are generously supported by the special fund of the Kunstfonds Bonn.