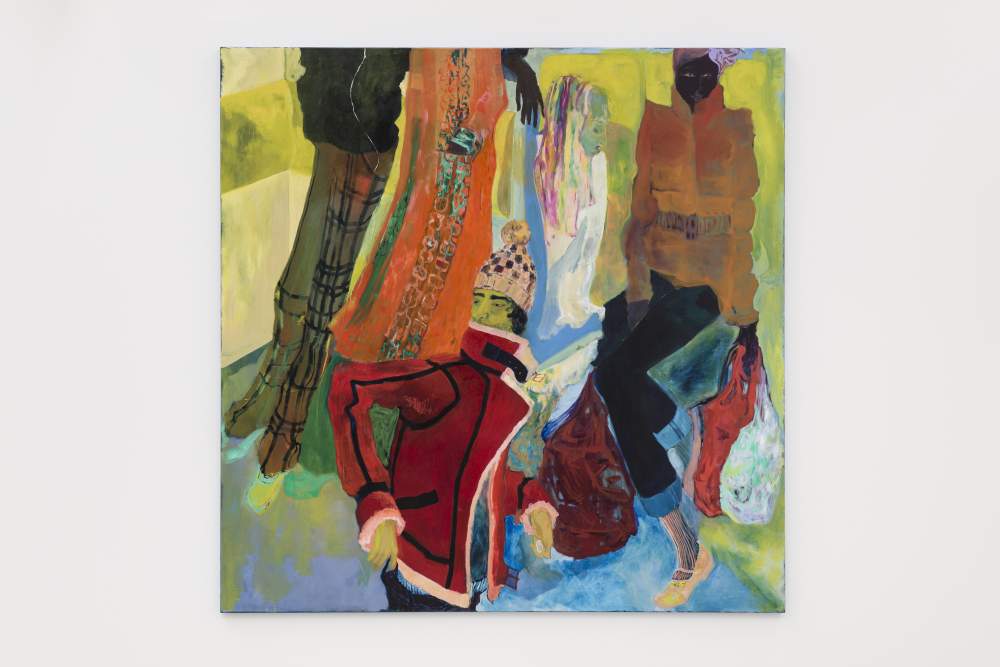 LINGEN ART PRIZE 2018 – GEORGIA GARDNER GRAY
This year the established and renowned Lingen Art Prize will be awarded for the 23rd time. Since 1983 it has been dedicated exclusively to artists who work in the medium of painting. Previous prizewinners include Karin Kneffel (1994), Antje Majewski (1998), Cornelius Völker (2004), Birgit Megerle (2010) and Marieta Chirulescu (2014), and Éder Oliveira received it in 2016.

This year, a total of twelve directors and curators from museums in Germany, Switzerland, Austria and Belgium were each asked for two proposals. The level of applications submitted was surprisingly high. The jury – consisting of the members of the Friends of the Lingen Art Prize Sigrid Hohoff, Marita Kamp and Richard Lange, as well as Eva Birkenstock (Director, Kunstverein für die Rheinlande und Westfalen, Düsseldorf), Kristina Szepanski (Director, Kunstverein Münster) and Meike Behm (Director, Kunsthalle Lingen) and as guest Monika Schwegmann, City Treasurer Lingen – came to the conclusion that the prize should be awarded to the American artist Georgia Gardner Gray this year.

Georgia Gardner Gray was born in New York in 1988 and now lives in Berlin. She graduated from the Cooper Union School for the Advancement in Science and Art in 2011. Her works were shown for the first time in 2016 in a solo exhibition at the ACUD Gallery, Berlin. She has participated in group exhibitions such as Monday is a Day between Sunday and Tuesday, Tanya Leighton Galerie, Berlin (2017) and New Theater: Selected Plays, Whitney Museum of American Art, New York (2015). In 2018 she was presented at Art Basel Statement with Gallery Croy Nielsen Vienna.

Georgia Gardner Gray works mainly in the medium of painting, but always presents her paintings in correspondence with objects. In her colourful works, Georgia Gardner Gray reflects codes of behaviour based on the characters on the canvas and questions social conventions. Her works are in the tradition of classical genre painting because she paints everyday scenes and confronts them with contemporary lifestyles of different characters such as punks, groupies or street musicians. In her works, Georgia Gardner Gray also negotiates hierarchies between the sexes, male and female vices and actually fixed role assignments. The artist conveys the unconventional attitude of the Bohemians as exemplary for the current development of a society that prefers experimental forms of life and operates with the ambivalence between self-determination, attitude and freedom.

With the award of the Lingen Art Prize 2018 to Georgia Gardner Gray, another non-European artist will be honoured in the history of this prize.

Friends of the Lingen Art Prize.