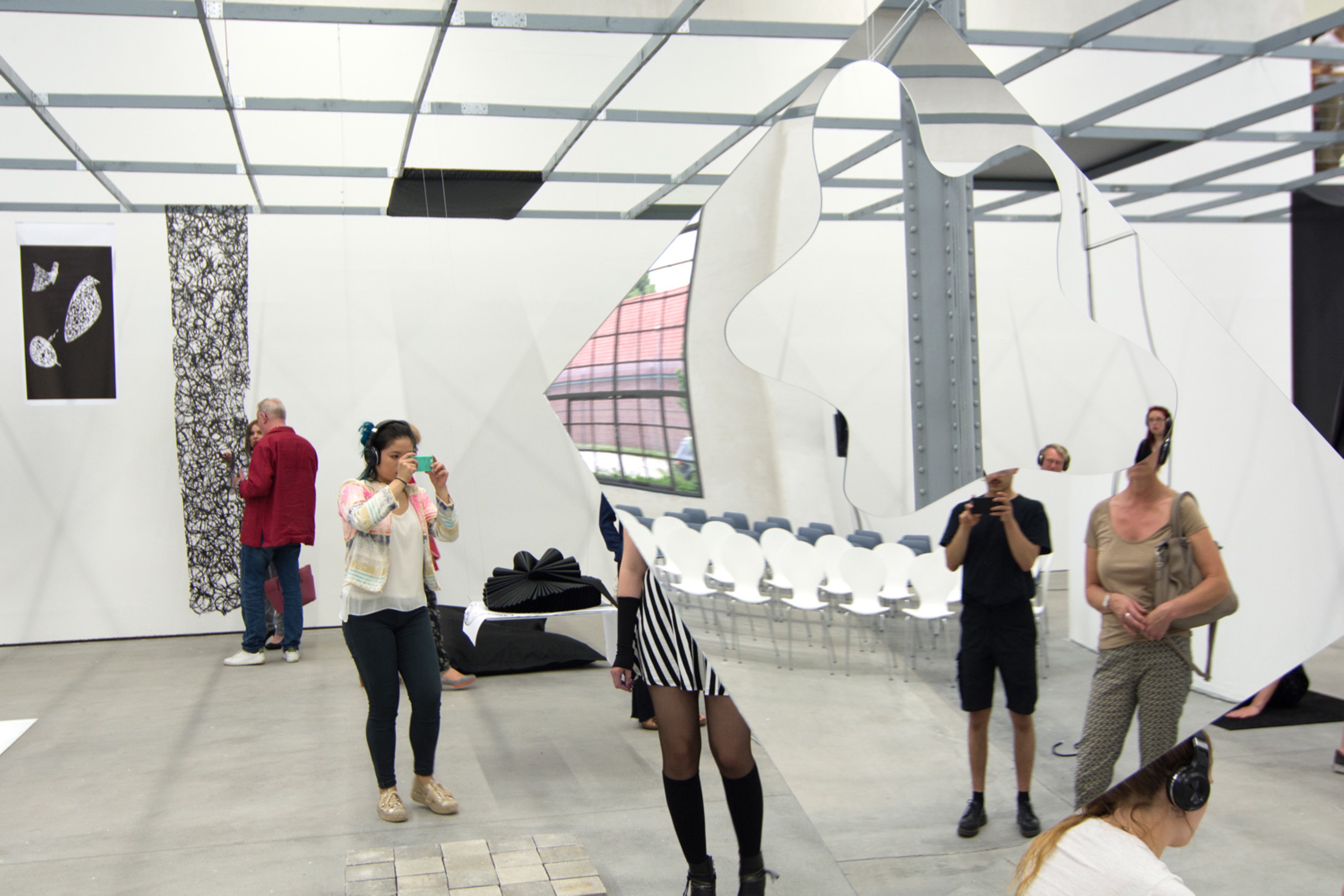 Katrin Mayer (born 1974 in Oberstorf) studied art at the HFBK Hamburg from 2002-2006, among others with Eran Schaerf. She developed artistic works for Ludlow38 / Mini Goethe Institut New York (2014), Kunsthalle Bielefeld (2014), Kunstmuseum Stuttgart (2013) or Kunsthaus Bregenz (2011), for example. Her spatial-installative works address interfaces between art, research, architecture, display and decor. She is concerned with an interweaving of visual textures and surfaces with site-specific spatial and historical contexts, often under gender-political questions.

Eske Schlüters (born 1970 in Leer) studied fine arts at the HFBK Hamburg from 1997-2004, among others with Eran Schaerf. Eske Schlüters was involved in exhibitions at the Bundeskunsthalle, Bonn ( 2013), the Museum für Gegenwartskunst, Siegen as well as the Frankfurter Kunstverein (2012). The artist realized solo exhibitions at the Kunstverein für die Rheinlande und Westfalen, Düsseldorf (2008) and Museum für Gegenwartskunst in Siegen (2006). The relationship between narrative, image, and imagination is a recurring element in Eske Schlüters’ video installations. In her exploration of found material, she is primarily interested in phenomena of seeing and perceiving, processes of producing images or processes of image-making of what has happened or been seen.

For their joint exhibition at Kunsthalle Lingen entitled “time to sync or swim”, Katrin Mayer and Eske Schlüters are jointly designing an installation that can be experienced both visually and acoustically. It consists of an acoustic-binaural as well as a material-installative “track” that invites visitors to establish relationships and overlaps of the levels both mentally and physically.

Based on Virginia Woolf’s novel “Orlando” (1928), the content of the work deals with questions of digital identity and gender construction, the most complex multiplications of which can currently be found in the so-called “Otherkin” movement on the Internet platform Tumblr. In addition to identifying with other beings, animals, but also plants or things, there is a great differentiation in terms of sexual orientation, for example: “I identify as autistic pangender asexual demiromantic trans-asian cat otherkin”.