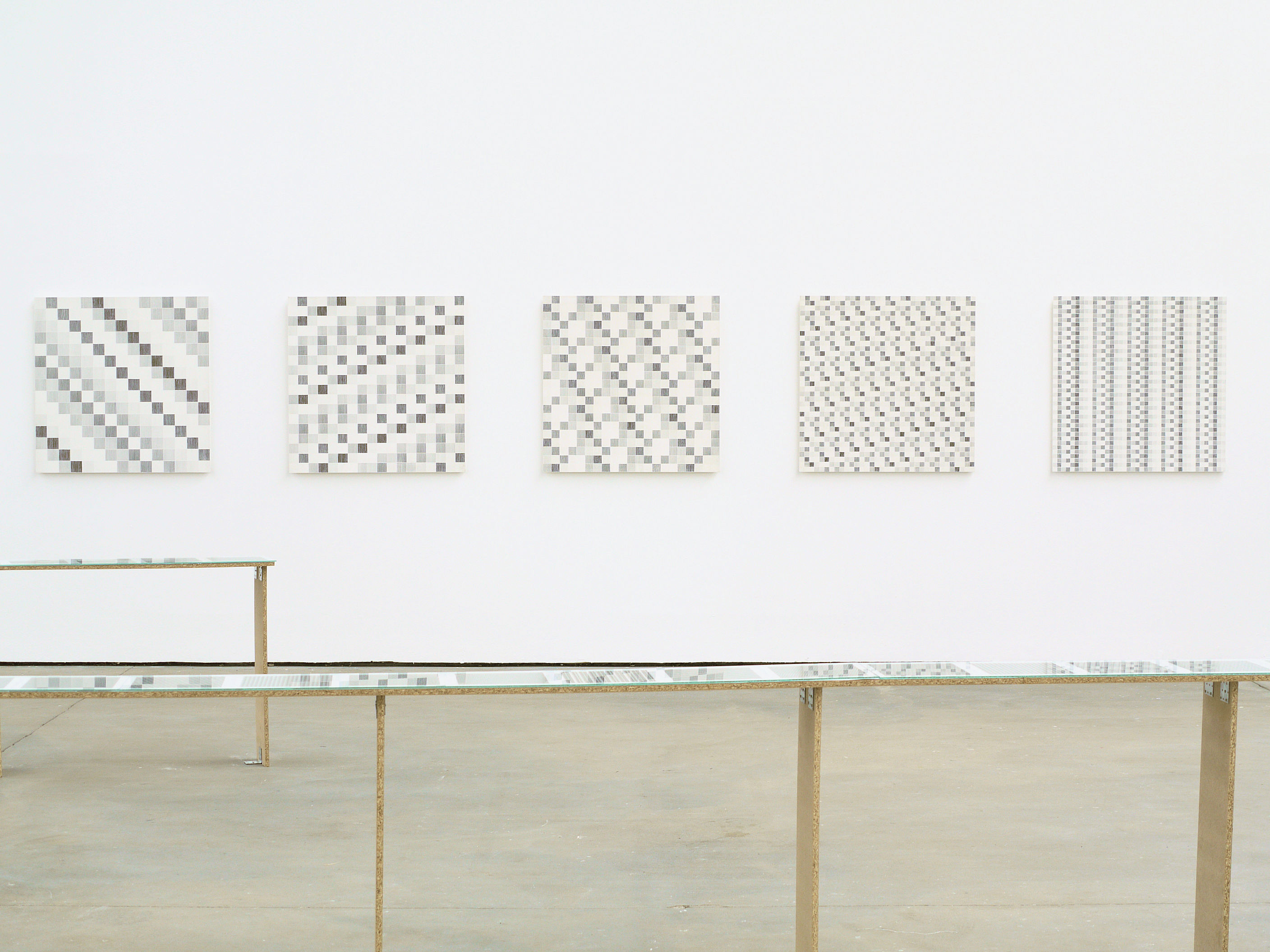 Isabel Albrecht was born in 1968 and studied free art at the Royal College of Art in London from 2002 to 2004. Throughout her life, Galerie hanfweihnacht in Frankfurt am Main and Galerie Patrick Heide in London hosted solo exhibitions for her, she participated in group exhibitions at Danese in New York, Gallery Joe in Philadelphia and Gallery Anthony Grant in New York. Until her untimely death in 2013, however, no institutions realized solo exhibitions of Isabel Albrecht’s work.Kunsthalle Lingen, in collaboration with Basis Kunstverein in Frankfurt am Main, posthumously presents her first institutional solo exhibition.
Isabel Albrecht worked primarily in the artistic media of painting and drawing. Her equally colorful images as works on paper in black or gray / white usually cover dense structures of thin lines running horizontally and vertically, so that they create a flickering mesh and impress above all by a minimalist formal language. Isabel Albrecht once spoke of the drawing process as a visual thought process, a statement that links her art to the achievements of 1960s conceptual art. Based on a strict concept as well as minimalist in its formal language, Isabel Albrecht’s art is in the tradition of art that is reduced in form and color, such as that produced by Agnes Martin. Isabel Albrecht’s works, on the other hand, were inspired, among other things, by the artist’s fascination with modern architecture since the achievements of the Bauhaus. The works, which continue imaginarily beyond the actual edges of the picture, refer to nothing but themselves and confront the viewer with aesthetically high-quality art.The solo exhibition at Kunsthalle Lingen will introduce the work of Isabel Albrecht through an extensive presentation of works from 1998 to 2012.