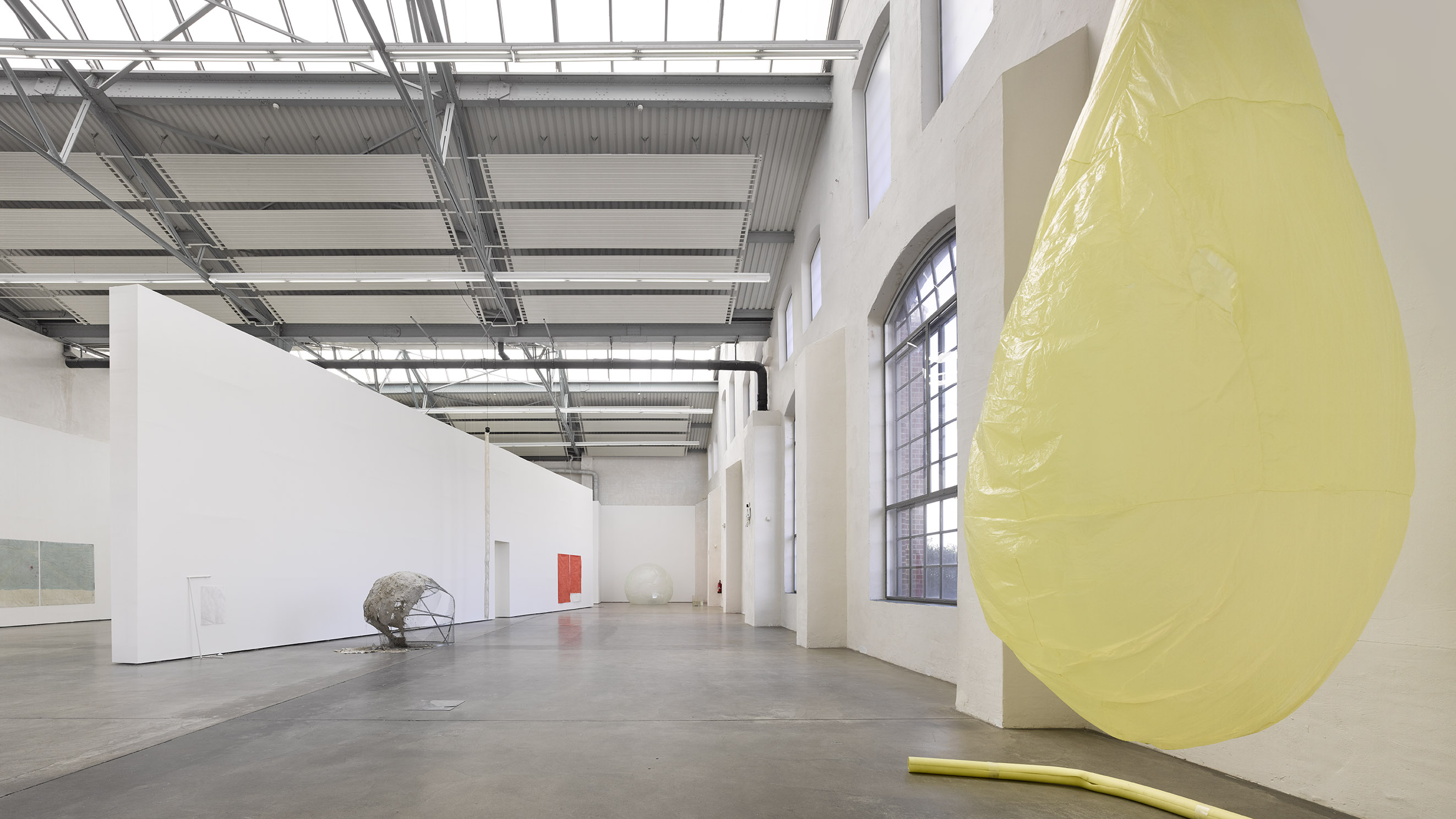 Ian Kiaer (b. 1971 in London) completed his liberal arts studies at the Royal College of Art and the Slade School of Art in London and currently lives there and in Oxford. His artistic work has been presented in solo exhibitions at the Aspen Art Museum, Kunstverein Munich, Galleria d’Arte Moderna e Contemporanea, Turin and Musée d’Art Moderne de la Ville de Paris, among others. In addition, the artist participated in group exhibitions, including Mudam Luxembourg, Tate Modern and Tate Britain in London, Hammer Museum in Los Angeles, Hayward Gallery in London, Mainfesta 3 in Ljubljana, Biennale d’Art contemporain, Rennes, Biennale de Lyon, Istanbul Biennale and Berlin Biennale.

The exhibition at Kunsthalle Lingen is entitled “Endnote, ping”. These two words introduce two figures Ian Kiaer has been working on for some time. The term “endnote” indicates something that lies outside the body of the text, something additional and peripheral. The endnote is fragmentary in nature, each autonomously referring to a particular aspect of the main writing. Each endnote, though distinct, is placed in equal relation to those that precede and follow it.

“Ping” is the title of a text by Samuel Beckett. The word itself is a sound and suggests the transition of one form into another, something written into something heard. It is a short word that suggests a single note coming from a tuning fork or some kind of sonar, possibly lasting for a short time. The text describes a body and a space, but the distinction between the two is not as clear and becomes less clear, like the experience of being in a white cube where the intense light almost dissolves the body. This dissolution of figure and ground, of space and body, requires a different attention.

The exhibition, titled “Endnote, ping,” broadly brings together three works to which Ian Kiaer has returned regularly: Tooth House; Endnote, Tooth; and Endnote, Ping (Marder). Tooth House owes much to a fictional building that appeared in Friedrich Kiesler’s ‘Magic Architecture’. It proposed a biomorphic shelter as a concrete cave, which the architect saw as a critique of rationalist manifestations of international modernism. The various inflated elements in the exhibition, including a concrete structure created specifically for them, can be understood as taking up and developing Kiesler’s motif in various ways. Endnote, ping (Marder) is an engagement with the work of philosopher Michael Marder, a proponent of “environmental thinking” who views plants as living things that possess their own forms of subjectivity. Marder’s work develops a critique of anthropocentric empathy toward plants and has influenced recent work by Ian Kiaer.