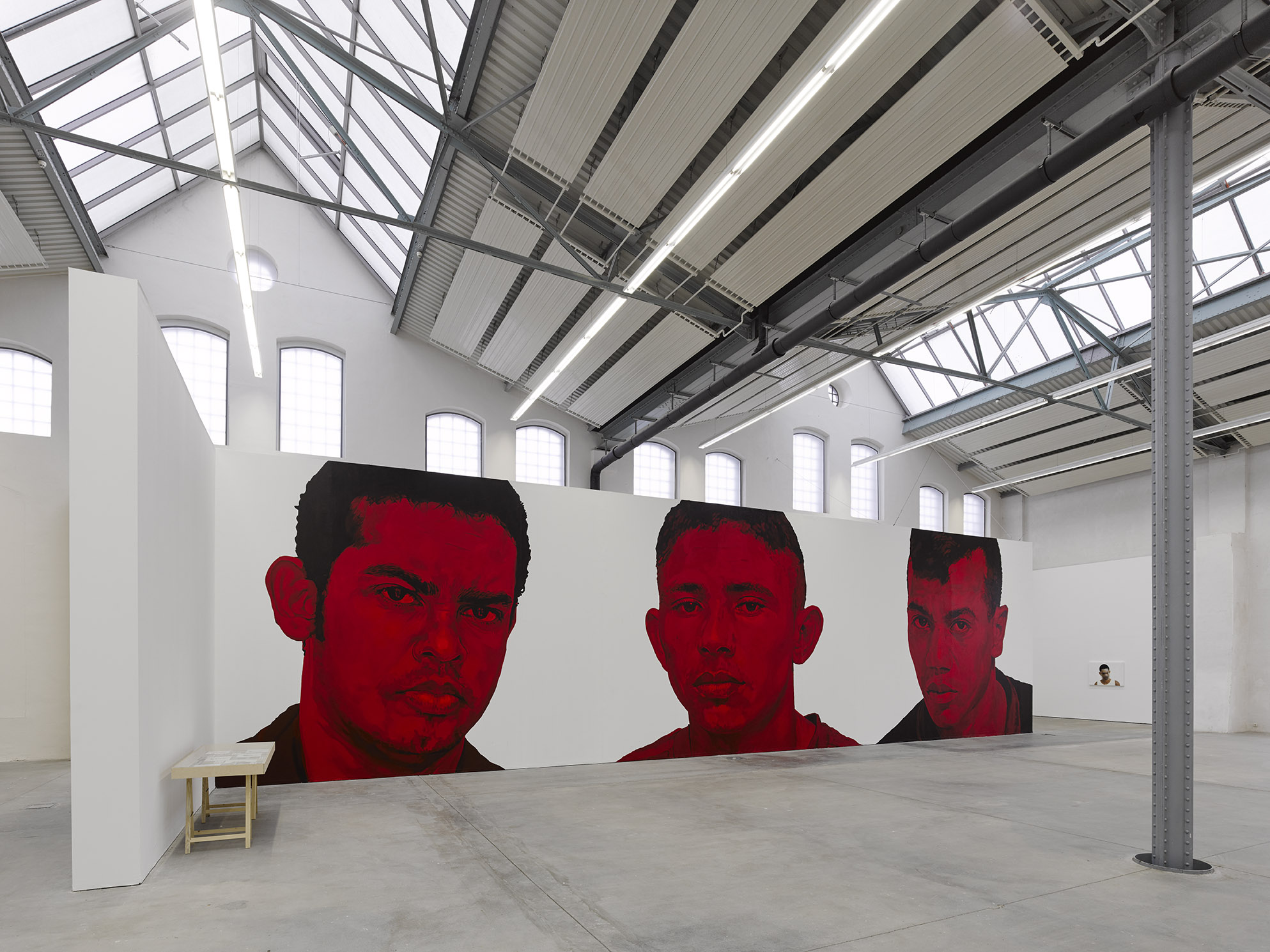 The established and renowned Lingen Art Prize will be awarded for the 22nd time this year. Since 1983, it has been dedicated exclusively to artists working in the medium of painting; previous winners have included Karin Kneffel (1994), Antje Majewski (1998), Cornelius Völker (2004), Julia Oschatz (2008) and Birgit Megerle (2010); in 2014, Marieta Chirulescu received it.

This year, a total of twelve directors and curators of museums and institutions were asked to submit two proposals each. The standard of the submitted applications was astonishingly high.  The jury – consisting of the members of the Friends of the Lingen Art Prize Sigrid Hohoff, Marita Kamp and Richard Lange as well as Oriane Durand (Artistic Director, Kunstverein Dortmund), Kathleen Rahn (Director Kunstverein Hannover) and Meike Behm (Director Kunsthalle Lingen) – came to the conclusion to award the prize to the Brazilian artist Éder Oliveira.

Éder Oliveira was born in 1983 in Timboteua, Brazil, and now lives in Belém; he graduated in liberal arts from the Universidade Federal do Pará in 2007. He works in the media of painting, mural painting and public art. His main motifs are large-format portraits mainly of young men, mostly painted in monochrome red, blue or yellow. However, these are not friends, relatives or acquaintances of the artist, but are based on photographs from the local newspaper in Bélem, published on a page on which the police print pre-trial detainees and suspects taken into custody – before any trial – mostly with an African or indigenous background. Thus, Éder Oliveira’s painting is characterized by a political and socially critical background.

The Lingen Art Prize is sponsored this year by the Johann Alexander Wisniewsky Foundation. The exhibition of Éder Oliveira and the accompanying catalog are made possible by the Friends of the Lingen Art Award.