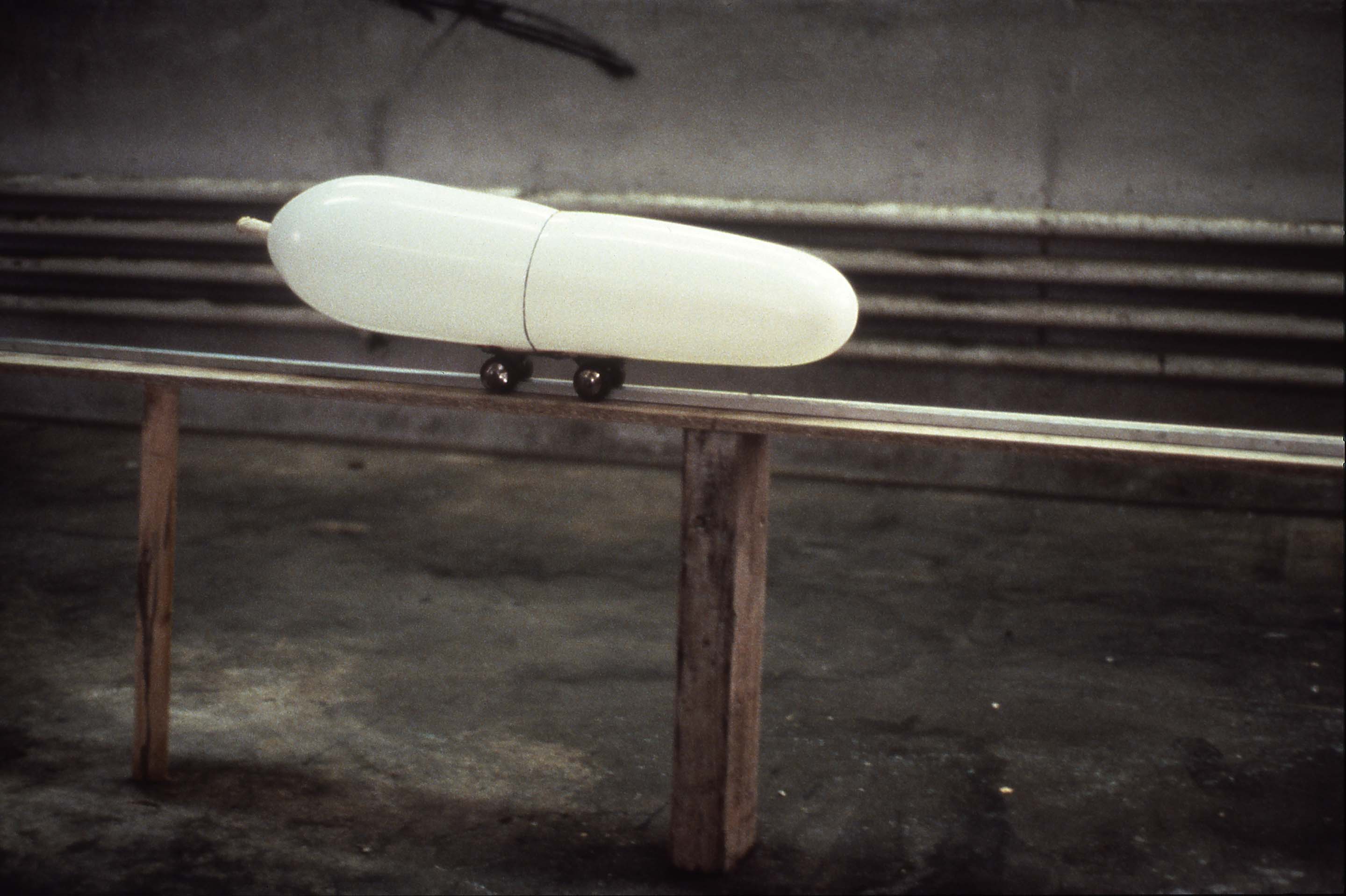 Under the title “Cinéma”, Kunsthalle Lingen presents an extensive program of video and film productions by nationally and internationally renowned artists. On display will be “Microdramas” by Kerstin Cmelka, dealing with the broad theme of relationships between people, a work by Tom Dale that negotiates the phenomenon of memory, Judith Hopf presents a “Hospital Bone Dance,” Peter Fischli and David Weiss show a fascinating chain reaction titled “The Course of Things,” Annika Kahrs sets the stage in “Playing to the Birds,” a piece by Franz Liszt, Harry Kramer made experimental films in the 1950s and 1960s, Claus Richter’s musical “Salve Monstrum” is set in the microcosm of a Renaissance castle in which Richter’s obsession with stages, costumes and obscure characters turns into a bitter game with dandyesque kings, doubting robbers and an ever-grooving court, Shimabuku’s film “From Bow to Bow” deals with the transformation of a weapon into a musical instrument, and finally Corinna Schnitt negotiates American family idylls.