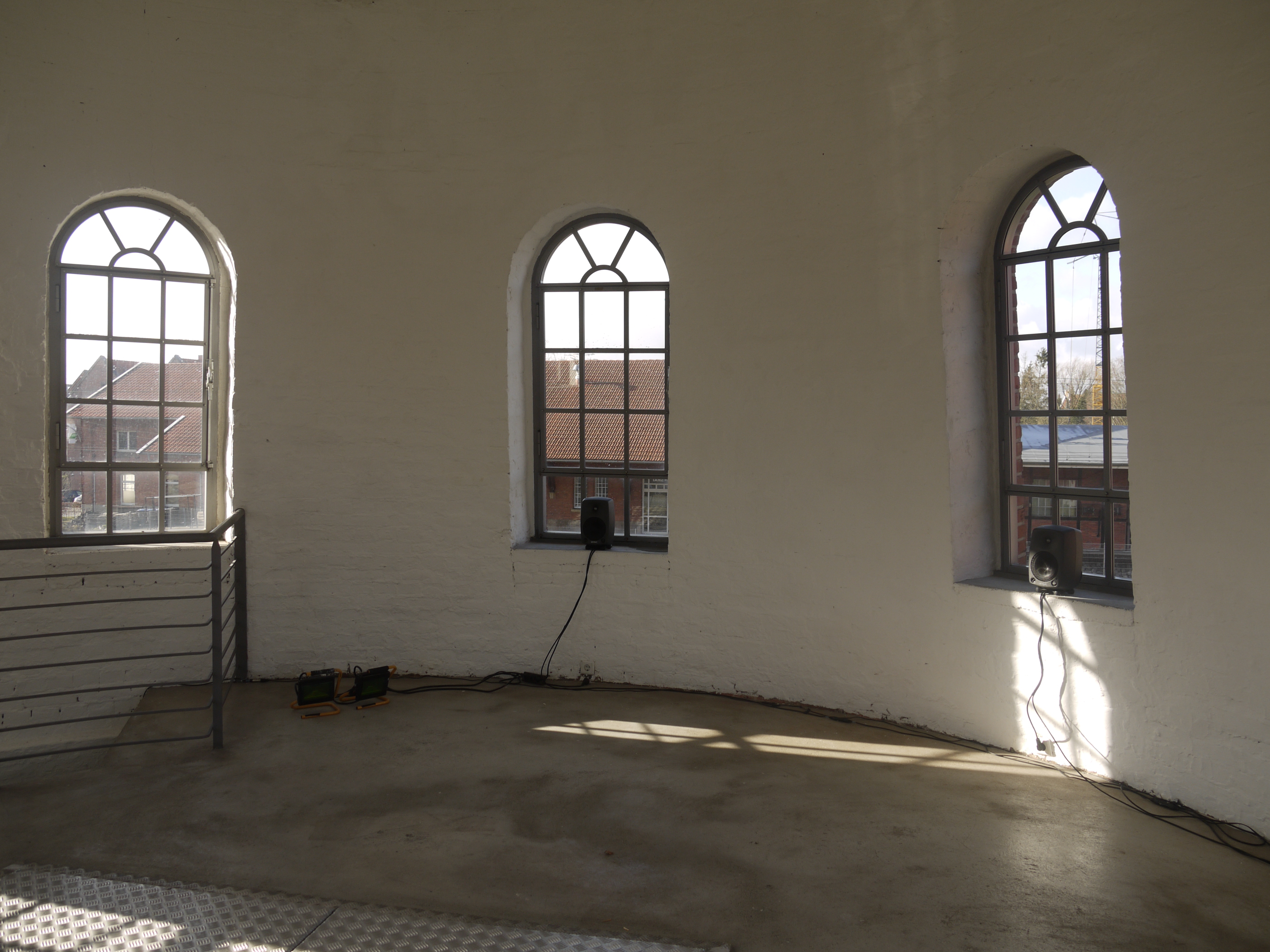 Especially for the water tower of the Kunsthalle, the artist Ansgar Silies from Lingen has produced an installation that tells of the harmony between technology and nature via a correspondence of sounds and images. From a loudspeaker we hear text elements from a radio play about the phenomenon of “meteors”, i.e. the flashing of shooting stars, which, on the other hand, has been distorted in such a way that the linearity of the story no longer plays a role. A table is reminiscent of a laboratory on which natural lichens were examined with ink and stencils. Along with this, pictures of small-scale interweavings show rhizomes viewed through a microscope. In the upper part of the tower we are greeted by sounds based on percussion or saxophone recordings, which have been alienated and now evoke sounds from nature. The entire work entitled “Meteor” is less about a critique of technological progress than a demonstration of a simultaneous fascination with both phenomena, nature and technology.